This Trans Day of Visibility we fight to be counted 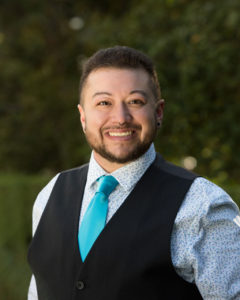 From being  the Community Icon of the Year by Orange County Pride to recently receiving the first ever Courage Award by the Orange County Hispanic Bar Association, Dannie Cesena has been a long-time advocate for transgender Californians. This Transgender Day of Visibility, Dannie is highlighting the importance of being counted: “It shows that we exist even in a world that consistently attempts to erase us”. You can make your voice heard by taking the #Out4MentalHealth Community Survey now through April 26th.

International Transgender Day of Visibility, or TDOV, is a day to celebrate the authenticity, self-love and courage of transgender individuals. Every year, I learn something new about myself. My views on advocacy and visibility have stayed consistent, but I find myself becoming more vocal about other areas of trans experiences. Visibility, I have learned, is about our trans identity, and also about the many identities that we hold and makes us whole: our race, age, immigration status, ability status, etc. Understanding the many intersectionalities that we hold within ourselves is imperative as we push back against a hostile federal administration that keeps attempting to erase our existence.

As a trans person of color, it is exhausting to consistently hear the attacks against my community. To hear that trans individuals do not deserve access to health care under the Affordable Care Act, my mind immediately went to “how will I access my hormones and surgeries needed?”. After battling insurance agents to obtain referrals for hormones, I soon realized that I also had to fight to find a gynecologist who would perform a hysterectomy for me. Many physicians are uncomfortable treating transgender individuals: whether it is for podiatry, vitamin deficiency, or even if I have auto-immune disease. To experience discrimination due to my gender identity for basic medical services made me realize how much I needed legal medical protections against discrimination. We all require access to medical care. Being a visible advocate not only opens doors for me, but for the rest of my community. 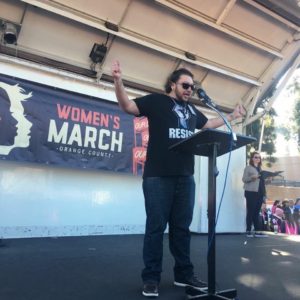 To witness the rescission of transgender student protections by Betsy DeVos caused me to mourn for the trans youth I mentor. Experiencing bullying and harassment causes over 50% of transgender students to attempt suicide before their 20th birthday. After this event, it warmed my heart to see the youth rally around each other and attend school board meetings to advocate for the implementation of AB 1266. These youths chose to be visible and exclaim “WE EXIST AND WE ARE VISIBLE!”. Because of their courage, they are changing the landscape of how school administrations treat transgender students and witnessing educators assisting students come out to their parents while providing resources. 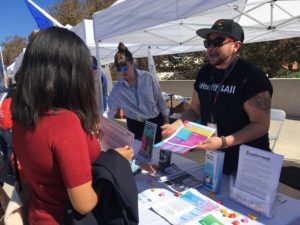 The current battle our community is facing is the ban on transgender troops. When the Clinton Administration implemented Don’t Ask, Don’t Tell in the 1990’s, thousands of LGBTQ individuals went stealth. Transgender troops have fought in American wars since the Revolutionary War. We love our country just as much as the cisgender Tom, Dick and Sally. When the Obama Administration rescinded Don’t Ask, Don’t Tell, many of our siblings came out and transitioned either before entering the military, while in service, or after retirement. Many cisgender service members have testified on our behalf stating that when their troop is attacked, or their helicopter has been shot down, they do not care about the gender identity of who is coming to help them, they are just happy to see the American Flag on that uniform and knowing that they are in safe hands. I applaud all of our transgender troops for their courage to testify and out themselves in Congress this past year; advocating for their themselves, their siblings and future transgender service members. 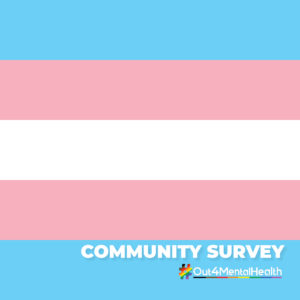 A final erasure attempt I wish to mention is the 2020 Census. This was supposed to be the very first time LGBTQ data would be collected at that scale. We would’ve been able to see how many transgender individuals actually exist across the nation. We would be able to find out how many of us have issues accessing health care, what kind of healthcare disparities we encounter, what our employment rates are and how many of us are in need of housing, among many other findings. However, I am proud to be a part of a team that is once again yelling from the roof tops “I AM VISIBLE”. The #Out4MentalHealth Community Survey asks everything the 2020 Census would have asked us, and more. This is a statewide survey that I am asking all of my trans siblings to participate in. We need trans women of color, trans men, non-binary individuals and undocu-queers to take 20 minutes of their time participating in this survey. Visibility is important, it shows that we exist even in a world that consistently attempts to erase us.

To take the #Out4MentalHealth Community Survey, go to http://bit.ly/LGBTQCommSurvey. Don’t miss out on your chance to be heard and counted. Everyone over the age of 18 who completes the survey will have a chance for a gift card worth up to $50.

Dannie Cesena is a Program Coordinator at the California LGBTQ Health & Human Services Network. Click here to read more about his work and advocacy for the transgender community.